A different way of eating Peppers and Cauliflower, Loaded with proteins. We generally make peppers stuffed with potato but here the filling is of Cauliflower and cheese instead of potato. Also not a drop of oil. It is grilled. Grilling gives the peppers and cauliflower a unique taste. The cheese along with ground black pepper, give it a good flavor. Have got this recipe from the book, The Vegetarian Low-Carb Diet cook book. I have added much less cheese as the original recipe says and have used yellow and green peppers instead of just the green peppers as per the original recipe. So here goes the recipe: 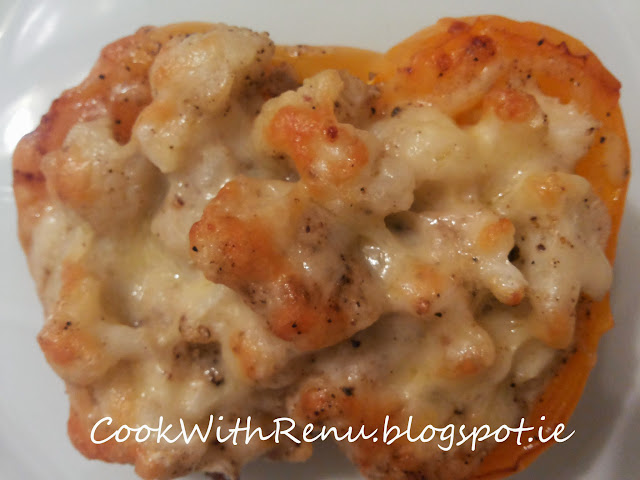 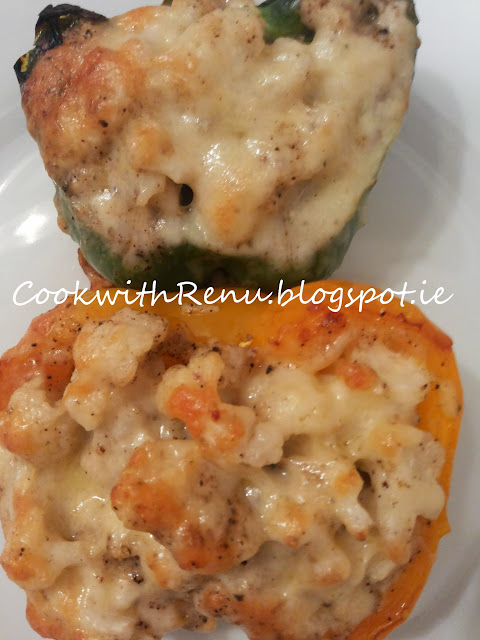 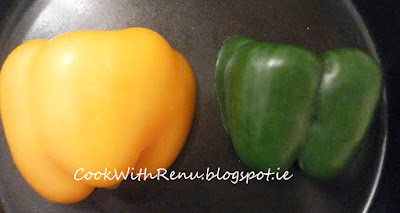 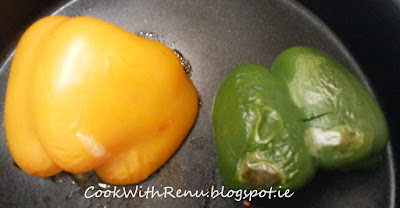 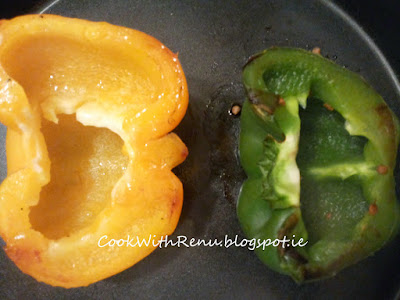 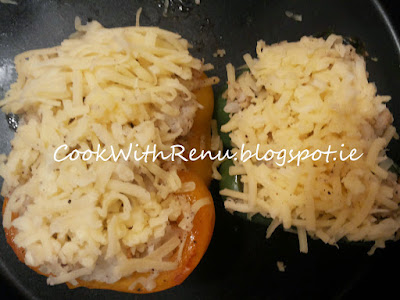 Renu, have tried stuffed peppers with other stuffings especially rice but have not thought of using cauliflower. Interesting recipe and with cheese makes the cauliflower even more palatable. Extra cheesy makes the dish so appealing.