Potato Apple Bread is similar to a fadge or an Irish Potato Bread-Boxty. It is a popular breakfast snack or a tasty dessert filled with sweetened apples from north-eastern Ireland and especially around Halloween.

Potatoes and Apples are an important part of Ireland’s Diet. Apples have been grown in Ireland for at least 3000 years and I have read that St. Patrick is said to have planted a number of apple trees in Ireland.

Similarly, Potatoes are an important part of the Irish Diet. Without Potatoes, there would have been no crisp or no fish and chips. Potatoes can grow easily in good and poor soil and soon years ago, many families across Ireland were dependent on the potato.

The poor people did not grow any other types of food except potatoes and then the Potato Blight in 1845 ruined the potato crops all over Ireland and many people died from hunger because they had no other food to eat. This is known as the Great Irish Famine and lasted for almost 5 years. The people who were farming after the famine tried not to depend on potato alone for their food.

This bread is made from leftover potatoes, but I had none so I made it using fresh ones. Similar to the Boxty – Irish Potato Flatbread this is best made using floury potatoes. The potatoes are mashed and mixed along with a bit of butter and flour.

These flatbreads were pretty heavy with the potato and apple but we enjoyed them thoroughly for our weekend brunch. For serving, I would say a bit of sour cream on the side will do no harm 🙂 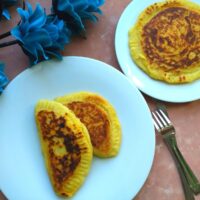 Love to read your comments and feedback. If you have any questions please ask in the comment section. I will try to answer as soon as I can.

If you tried this recipe, please comment below and do not forget to rate the Recipe.

Also, would love to see your creations, take a picture and do tag me at @cookwithrenu using the hashtag #Cookwithrenu on Facebook, Twitter and @Renunad on Instagram.

The Ultimate List Of Apple Recipes (Over 120 recipes!) - Drugstore Divas

Apple and potato combination in a bread sounds interesting to me ! Would love giving it a try.

A completely new recipe for me. Potato apple bread looks so tempting and easy to make. Mashed potatoes with sweet apple filling wow I can imagine the taste. I would love to try it sometime.

Wow this is an amazing apple potato bread. I absolutely love the idea and want to try it out. Sounds like a yummy recipe.

This looks delicious! I have been trying to test out new recipes. I will have to add this to my list:) 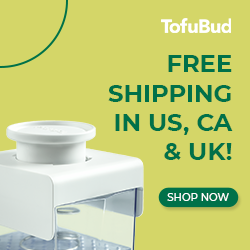